Finding out how prevalent recurring dreams are and the most recent theories on their meanings can help you better comprehend your own. Recurring dreams, on the other hand, have been related to poor mental health and diseases such as post-traumatic stress disorder. Dreams are common for people with generalized anxiety disorder, although the content varies. The best thing to do if you’re concerned about your frequent dreams is talk to your doctor.

According to sleep researcher Antonio Zadra, a professor of psychology at the University of Montreal, 60 to 75 percent of adults have repeated dreams, which he documents in the book chapter Recurrent Dreams: Their Relation to Life Events. Consequently, it is not only normal but quite common to have repeated dreams. According to his research, most of these recurring dreams are described as unpleasant. It’s understandable that our brains might need more time to digest content that’s particularly tough in our dreams. 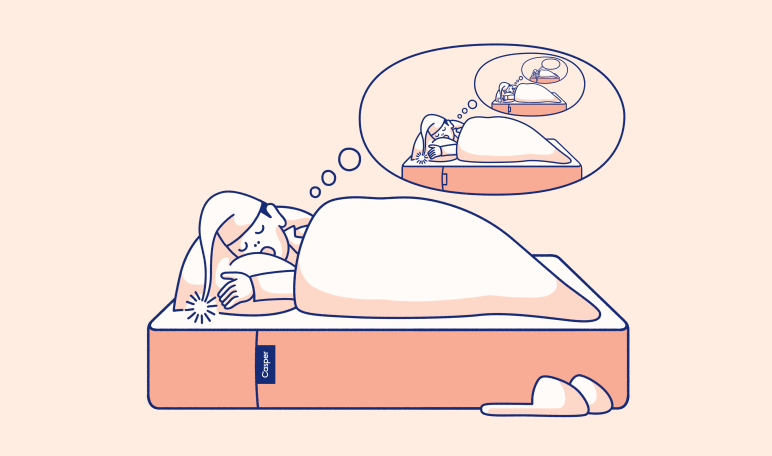 What are recurring dreams about?

Dreams that recur have a tendency to have recurring themes. In a recent study by Amerisleep, the most common reoccurring nightmares were all about stress: falling, being chased, failing a test, having your teeth knocked out, becoming disorientated, being late, being paralyzed, and being behind the wheel of a wrecked car.

What Are the Most Common Recurring Dreams?

As with other types of dreams, recurring dreams tend to be populated with familiar faces. It is possible to have recurring dreams that are exactly the same each time, or dreams that just repeat the same scenes or concerns. But there are some recurrent plotlines or motifs that return frequently. Among them are:

What Recurring Dreams Do Children Have?

It is not uncommon for children to encounter characters from their favorite fairy tales in their stories, as well as other popular themes like falling, being chased, and vehicle accidents. When it comes to recurring dreams, children are less likely to experience happy ones, but they are more likely to experience negative ones.

What Do Recurring Dreams Mean?

Freudian dream theory was known for its belief that dreams contain hidden meanings. However, the concept that everyone’s dreams have the same meaning based on their substance or topics is unsupported by research. Examining the significance of your dreams, on the other hand, can be beneficial in a therapeutic setting.

Recurring dreams, no matter what they’re about, can be an indication of underlying problems. People who have frequent dreams are more likely to have poor mental health than those who don’t, and experts believe that these dreams may be a mechanism to work through unmet needs or process trauma. It’s also possible that our ancestors’ ability to sense and flee danger was honed via the habit of having nightmares.

There is no correlation between a person’s level of psychological stress and the number of times they encounter bad recurring dreams. 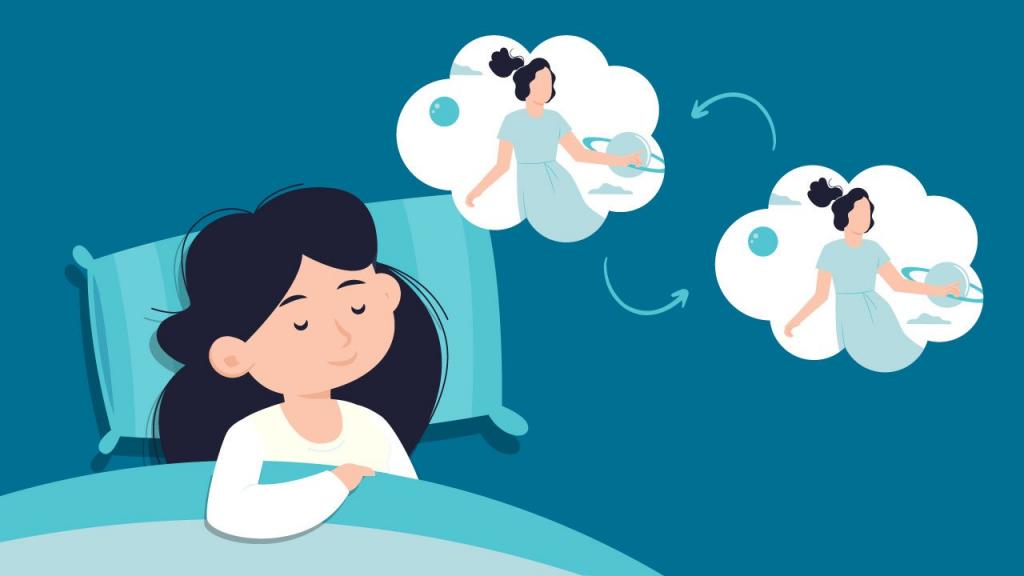 Recurring dreams are common, but they can also be signs of PTSD or a more generalized anxiety condition in some people (GAD). These illnesses are often accompanied by a wide range of other symptoms.

It’s also been shown that those who suffer from post-traumatic stress disorder (PTSD) experience more unusual recurring dreams. Reliving the experience that triggered their PTSD is the most typical cause of their nightmares.

The most prevalent cause of adult epilepsy that is difficult to treat is temporal lobe epilepsy (TLE). TLE patients frequently suffer from recurring nightmares, which may be triggered by nocturnal seizures or the impact of REM sleep on the temporal lobe.. TLE is characterized by repeated nightmares that are very frightening, extremely vivid, and may elicit powerful emotions or feelings of dread in the sufferer. This type of nightmare is more common in persons who have just had their first seizure, and it is less frequent in those who have had a successful therapy.

Coping With or Stopping Recurring Dreams

Repeating dreams that cause you to feel sad or depressed can be extremely tough to deal with, even if they are considered a typical aspect of sleep for most people. The advice of your doctor can be invaluable if you are concerned about your reoccurring dreams, or if they make it difficult for you to sleep or cope with daily life.

Lifestyle adjustments may also help alleviate or minimize the frequency of your dreams. Among them are:

However, they are more likely to involve negative or stressful experiences than happy ones, even if they don’t seem frightening all the time.

Among the most frequently cited topics are:

It is possible that your dreams will not be exactly the same every time.

It’s not uncommon to fantasize about driving over bridges that suddenly give way. As long as the same bridge appears in each of your dreams, it is still a recurrent dream.

It’s possible that your childhood dreams will evolve over time to better reflect your experiences and viewpoint.

Do they really mean anything?

Recurring dreams in fiction, particularly fantasy, frequently imply that a character possesses magical abilities, the capacity to see into the future, or some other unique skill set.

Recurring dreams haven’t been proven to have any deeper meaning by scientific investigation. They just reveal areas of your life where you may be under stress. However, this does not rule out the possibility.

Studies of dreams are notoriously difficult, and much remains unknown about them. 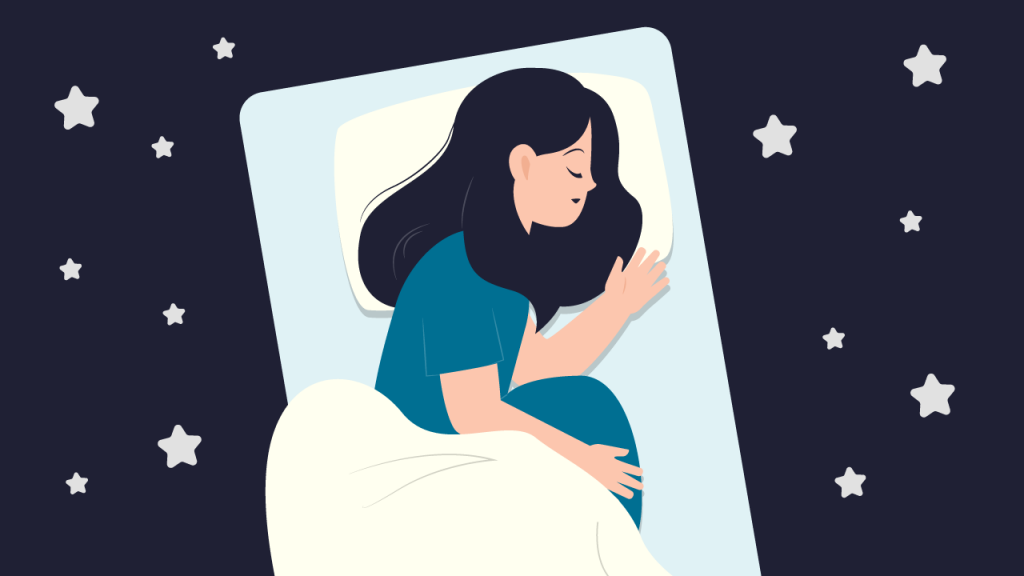 What could explain them?

Dream interpretation specialists feel that reoccurring themes in your life are often reflected in your dreams.

You’ve probably had a dream about forgetting a test or paper due in school. It’s possible that the stress of final exams and research papers initially sparked this dream, but it can easily resurface years later, long after you’ve graduated.

It’s possible that you’ll have this dream if you’re faced with a situation that makes you feel anxious about your chances of succeeding. As an example, this could be a job interview, an upcoming date, or a research project.

The memories of painful or traumatic experiences from the past tend to stick with you. However, many people are unaware that the distress caused by a traumatic event can also manifest physically and emotionally. The following are examples of traumas:

Dreams that represent your emotions in relation to what happened may occur if you’ve been traumatized or abused but haven’t acknowledged or processed the experience adequately.

It’s possible that dreams of drowning or being trapped or running in slow motion could indicate that you’re still unable to get out of the situation.

It is possible that recurring dreams are a way of expressing internal tension.

Uncertainty may be plaguing you in the face of a critical decision or a recent decision you made.

You may have reoccurring dreams of getting lost, failing an exam, or making a mistake until you make your decision and come to terms with it.

Have you recently had dreams about persons wearing masks or people who don’t have mouths? Perhaps you’ve had recurring nightmares of being stranded on a deserted island or being devoured by enormous bugs.

In your dreams, current events may be causing you stress.

In the wake of COVID-19 news and developments, it’s likely that you’ll experience some of this tension in your dreams as well.

For example, a dream researcher tells the Harvard Gazette that these elements can be obviously seen (masks and seclusion) or more symbolically (bugs, which your brain may interpret as a virus) in dreams.

You’re more prone to have disturbing dreams if you’re feeling anxious or depressed during the day.

There is nothing wrong with feeling anxious about the future. The worry and tension you feel when you sleep may not go away until you take actions to alleviate it during the day.

Is there any way to stop them?

It’s unlikely that reliving the same horrible dream over and over again will make you feel any better.

You may not always be able to influence the content of your dreams directly, but you may be able to take more indirect action by striving to alleviate the stress in your life.

A therapist may offer advice on self-care practices and tips for coping with discomfort productively, no matter what obstacles you’ve encountered—from unmet needs to work stress to racism-related trauma. 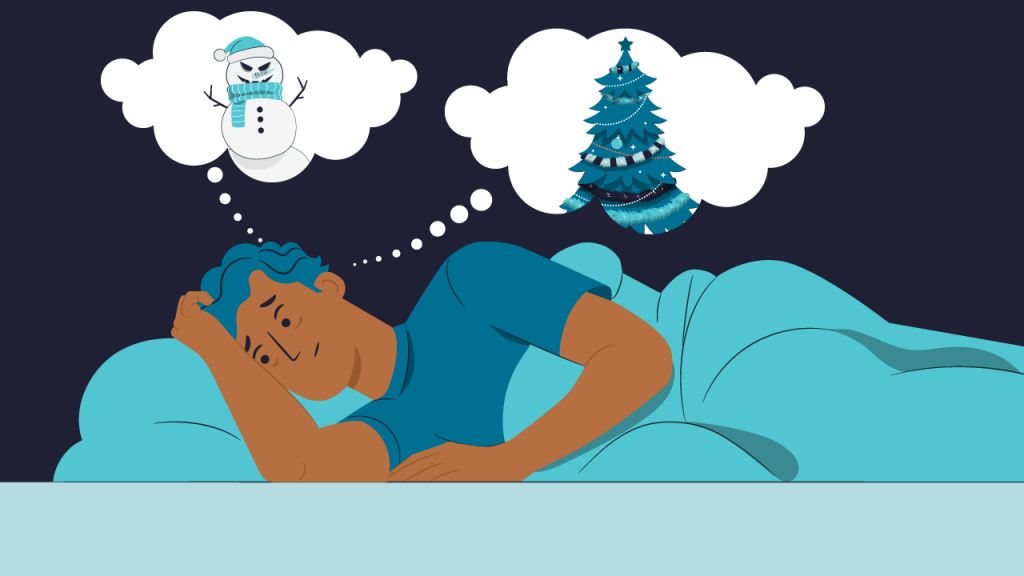 In therapy, you can:

There is no way to completely eradicate stress from one’s life. It is possible to modify your attitude, your mood, and your dreams by altering the way you respond when things go wrong.

In a 2013 interview with Popular Science, Barrett also suggested lucid dreaming as a way to deal with reoccurring nightmares.

When you’re having a lucid dream, you’re aware of the fact that you’re in one. Those who are aware of this can utilize it to manipulate their dreams.

Those who don’t want to become involved can simply sit back and enjoy the dream as a spectator.