People have dreams and REM sleep as part of a regular sleep cycle. Most of us forget our dreams and go about our daily lives without a clue as to what happened during our REM sleep cycles. However, for other people, the substance of their dreams is so lifelike that they remember it the following day. Vivid dreams are the term for these types of dreams.

What Are Vivid Dreams?

Vivid dreams are those that stay with you long after you wake up and feel like real-world memories. In a good night’s sleep, the brain goes through normal REM cycles. A vivid dream might be so powerful that it has a negative impact on your mental health and well-being, which is unusual for most dreams. 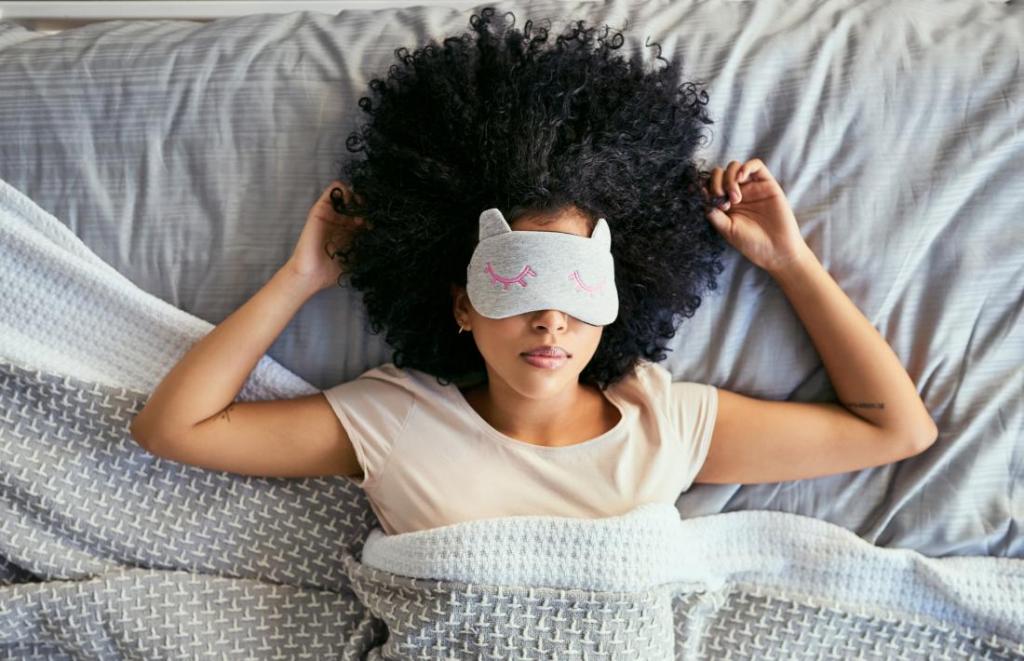 When Do Vivid Dreams Occur?

During REM sleep, which occurs around every 90 minutes and lasts approximately 20 to 25 minutes at a time, the majority of dreams occur. Vivid dreams might occur both during naps and during night, depending on your sleep cycle.

A person may experience vivid dreams for a variety of causes, depending on their personal circumstances.

Dreams are frequently plagued by intrusions from the day’s thoughts. When they’re in rapid eye movement (REM) sleep, they tend to have the most vivid dreams.

Vibrant dreams can be brought on by a variety of factors, including:

Having a lack of sleep can cause you to have more vivid dreams.

The rapid eye movement (REM) sleep stage of the sleep cycle can be inhibited by alcohol use. Stopping drinking might trigger dreams that are exceptionally vivid and powerful.

The use of drugs like marijuana, cocaine, and ketamine, for example, might result in either good or awful dreams.

Recovering addicts may experience intense dreams concerning the drug they are trying to stop using.

This is a fairly regular occurrence. Experts believe that these dreams are a result of the brain damage caused by drug use.

The side effects of all medications are possible. Bad or vivid dreams are among the possible adverse effects for some people. 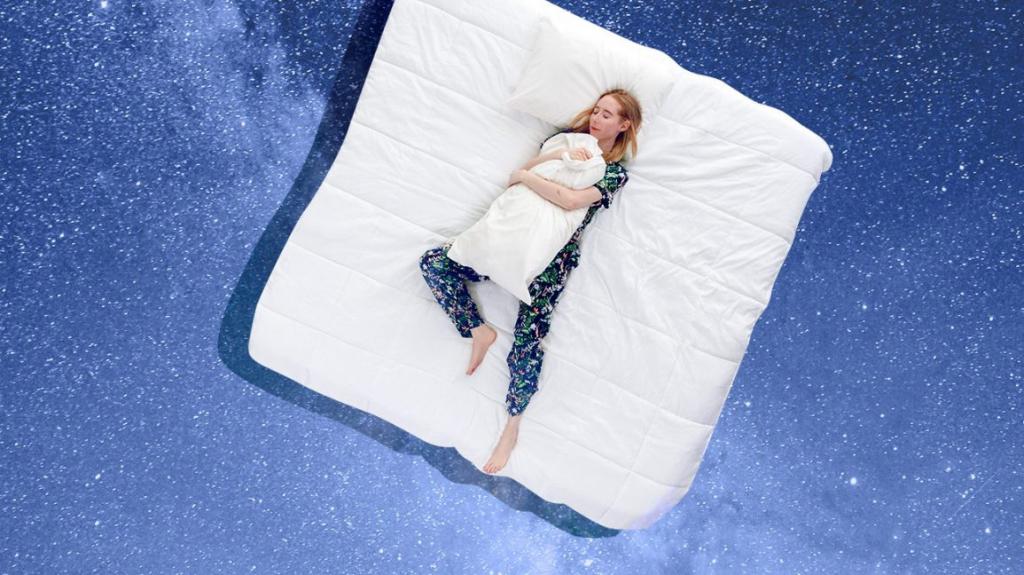 Examples of drugs that may cause nightmares and vivid dreams include:

The probable adverse effects of any medication will be indicated on the label.

Dreams can be triggered by stressful or painful circumstances. Researchers believe this is because of the significance that dreaming plays in memory and emotion processing.

Pregnant women are more likely to have vivid dreams and terrifying nightmares. Preparation for childbirth and parenting can be stressful at times. Hormonal swings can also be a factor.

Dreams can be vivid for those who suffer from depression. Themes of low self-esteem are common. Panic attacks may occur as a result of these recurring dreams.

Dreams can be more vivid for those who suffer from schizophrenia or a dissociative disorder.

People who suffer from anxiety may also have more vivid nightmares. Running late or feeling embarrassed are examples of things that might cause a lot of anxiety or panic.

It is common for narcoleptics to report having vivid dreams. Unusual or unpleasant information from a reputable source.

When it comes to narcolepsy, there is a blurred border between sleep and waking up. People with the illness are frequently exhausted and tired during the day.

Cataplexy, a rapid loss of muscle control, is one of the most common symptoms of this condition.

A person with narcolepsy usually enters REM sleep within a few minutes after falling asleep. Even a short nap can cause them to have vivid dreams, causing them to wake up in the middle of the night.

Those who suffer from narcolepsy may also have lucid dreams. At some point, the person awakens from their dream and realizes that they are in charge of the situation.

Are Vivid Dreams a Cause of Concern?

The majority of the time, vivid dreams are nothing to be alarmed about. It is possible that dreams are an integral aspect of emotional processing and the creation of memories, even though researchers do not yet fully grasp the function or meaning of them.

There are several types of nightmares, but the most common are those that are terrifying or unnerving. There are many people who encounter occasional nightmares that resolve on their own. In contrast, nightmare disorder is a type of sleep disturbance in which nightmares disrupt sleep. If you’re having trouble sleeping because of recurring nightmares, it’s time to see a doctor. 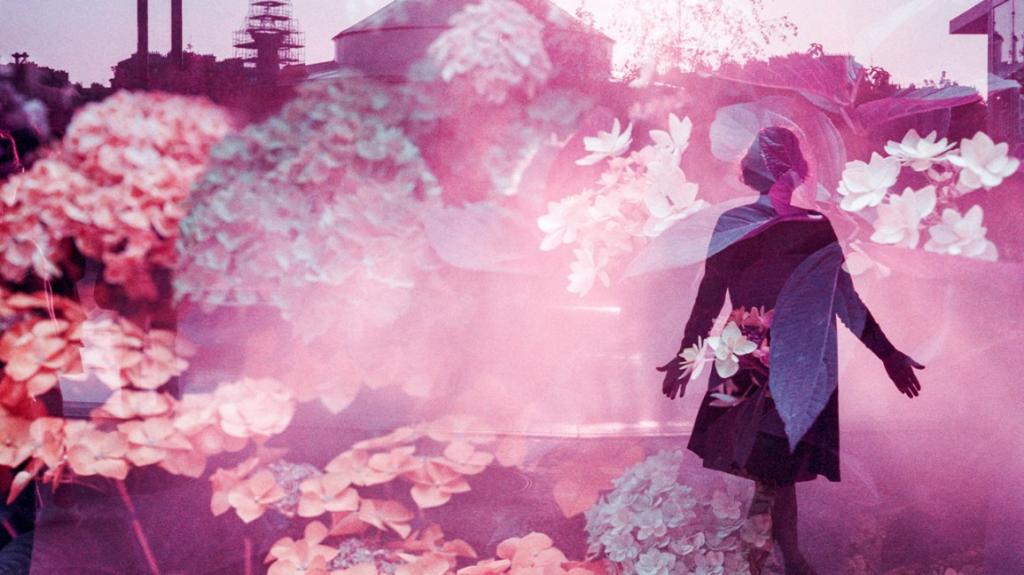 What are the side effects of vivid dreams?

Vivid dreams are usually nothing to be concerned about. There are situations when they may only affect you for a short period of time.

Although negative vivid dreams can be emotionally distressing and disruptive to your sleep, especially if they linger for weeks or months, they are not necessarily harmful. And that can cause health problems.

Vivid dreams can cause a variety of adverse effects, including:

How to Promote Vivid Dreams

The intense and frightening nature of some vivid dreams contrasts sharply with the pleasant aspects of others. Some methods exist for reducing the severity of disturbing nightmares.

The hormone melatonin, which helps regulate the sleep-wake cycle, is created by the body on its own. Melatonin pills and dreams: the evidence is mixed. It’s been demonstrated to lessen the intensity of some people’s vivid dreams when used to treat insomnia. People with REM sleep behavior disorder were found to benefit from melatonin supplementation, which reduced frightening nightmares and other symptoms.

In some cases, melatonin may improve REM sleep, which can lead to more vivid dreams, as a result. Melatonin’s long-term effects are unclear, so be careful to see a doctor before using it.

Want to Learn More About Catching Those Elusive Zs?

Dr. Matthew Walker, author of Why We Sleep and the founder-director of the Center for Human Sleep Science at UC Berkeley, has created a MasterClass Annual Membership that includes exclusive instructional videos from him. There are numerous ways to improve your sleep, but Matthew’s advice and information on uncovering your body’s natural cycles will help you have a better night of rest.

How To Get Urine Out Of Mattress? Detailed Guide

How To Get Toddler To Sleep In Own Bed? Effective Ways

How To Get Rid Of Dark Circles? What is it, Causes, and Treatment

Why stop taking sleeping pills? How To Get Off Sleeping Pills?

How To Get Babies To Nap Longer? Complete Step-by-Step Guide

Why Should You Fluff Your Pillows? How To Fluff A Pillow?

How To Dress Baby For Sleep In 70 Degree Room? Helpful Guide

How To Cut Up A Mattress? Common Question And Answers

How To Compress A Memory Foam Mattress? Comprehensive Guide

How To Get Urine Out Of Mattress? Detailed Guide

How To Get Toddler To Sleep In Own Bed? Effective Ways

How To Get Rid Of Dark Circles? What is it, Causes, and Treatment

Why stop taking sleeping pills? How To Get Off Sleeping Pills?

How To Get Babies To Nap Longer? Complete Step-by-Step Guide

Why Should You Fluff Your Pillows? How To Fluff A Pillow?

How To Dress Baby For Sleep In 70 Degree Room? Helpful Guide

How To Cut Up A Mattress? Common Question And Answers