What Is the Relationship Between Hydration and Sleep? Tips to Get Better Sleep

Humans cannot survive without water. A person can only last a few days without water, so being sure to drink plenty of it every day is essential if you want to stay healthy.

More and more studies are looking into the relationship between hydration and sleep, despite the fact that it’s more customary to think about it in terms of nutrition and exercise.

In addition to enhancing general health, finding the correct fluid intake balance can help you sleep better at night and avoid frequent toilet trips or feeling dehydrated when you wake up.

Contents show
1 What Is the Relationship Between Hydration and Sleep?
2 How to Avoid Dehydration During Sleep
2.1 Focus On Good Sleep
2.2 Maintain Hydration Through the Day
2.3 Find a Comfortable Bedroom Temperature
2.4 Stay Hydrated Without Frequent Urination at Night
2.5 Talk With a Doctor
3 Can Drinking Too Much Water Disrupt Sleep?
4 So, How Much Water Should You Drink Before Bedtime?
5 Other Factors That Can Affect Sleep and Hydration

What Is the Relationship Between Hydration and Sleep?

Dehydration can cause a wide range of symptoms, including disruptions to sleep because it affects so many different parts of the body’s systems.

People who are severely dehydrated often experience acute weariness, lethargicness, or exhaustion. Other signs of dehydration, such as headaches, dry lips, and nasal passages, and muscular cramps, might make it difficult to fall asleep.

Nighttime urination, known as nocturia, can disrupt sleep by necessitating multiple bathroom breaks. People who have trouble falling back to sleep after waking up after a sleepless night are more likely to suffer from nocturia.

Even though this was only an observational study, it lends credence to the conclusions because the link was found in two quite different cultural settings. Poor sleep may also impair hydration because of several biological reasons.

Urination accounts for the majority of water loss, however, the body also loses fluid via skin and respiration, known as insensible water loss. Breathing loses roughly 300-400 milliliters of water per day. However, the extent of that loss can vary depending on whether a person typically breathes through their mouth or nose when they sleep.

Because the body’s internal clock, or circadian rhythm, is thought to kick in to maintain a healthy level of hydration while we sleep, there is no fluid intake to make up for the insensible water loss. Circadian signals activate the body’s production of the water-retaining hormone vasopressin in the last stages of sleep.

This natural process, however, may be affected if sleep is interrupted or cut short. As a result, the hormonal signals for water retention may be compromised. In this way, sleep deprivation may be a cause of dehydration as well as a consequence.

How to Avoid Dehydration During Sleep

When you sleep, your body loses water, but there are precautions you can take to prevent dehydration from occurring.

To avoid dehydration, it is essential to get enough high-quality sleep. During sleep, the body undergoes a number of intricate processes that aid in healing and, ultimately, health. When you get the correct amount of sleep, your body’s circadian rhythm will be able to better control your body’s fluid levels.

Getting a good night’s sleep often begins with prioritizing it. Having a regular sleep pattern that allows you to obtain the amount of sleep you need is an important part of good sleep hygiene. Positive sleep hygiene includes limiting late-night electronic device usage, having a pleasant bedtime routine and using an appropriate mattress. 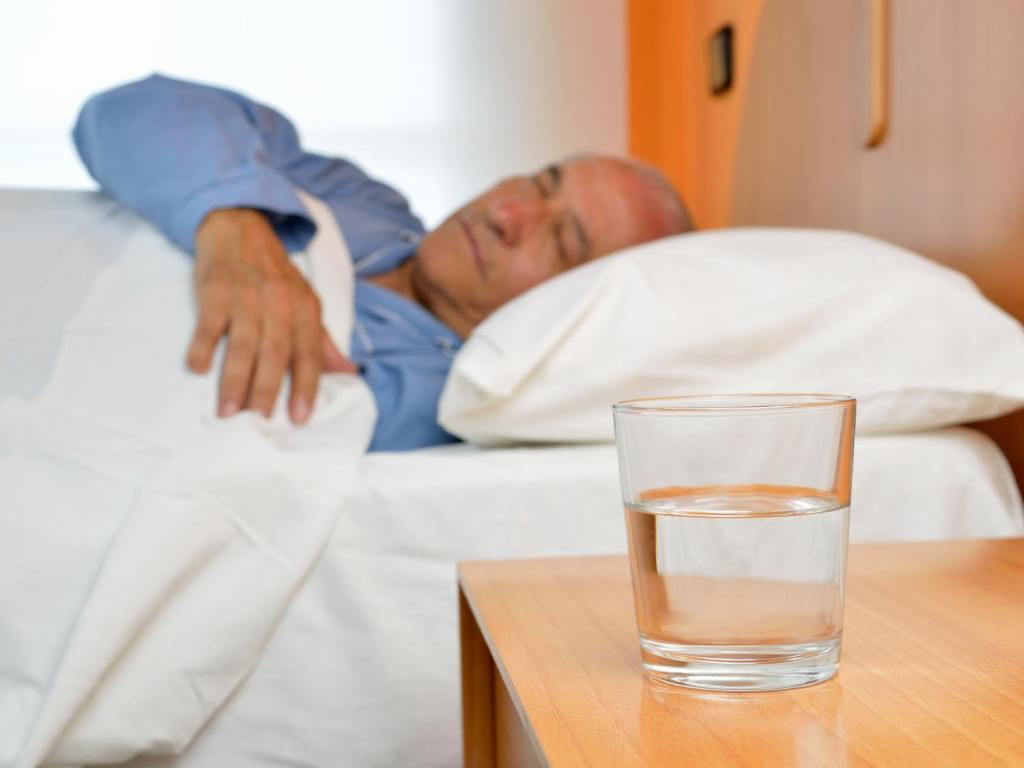 Maintain Hydration Through the Day

Drinking enough water during the day may be the reason why you’re constantly thirsty at night. You’ll have less to worry about at night if you stay hydrated throughout the day. Tips for a good hydration routine include:

If your bedroom is excessively hot or you sleep hot, intense sweating can increase your chances of waking up dehydrated at the end of the night.

Try to keep your room at a suitable temperature during the night to avoid this. The vast majority of specialists advise that you keep the temperature in your bedroom as chilly as possible. Make sure that your clothing and bedding are both comfortable to avoid overheating.

Knowing how to keep one’s body hydrated when sleeping is a common problem that many people face. You may avoid dehydration and many toilet breaks by following a few simple rules:

The need to pee at least once a night may be unavoidable in some instances. Some medical disorders and medications can cause this to become more common as we get older. 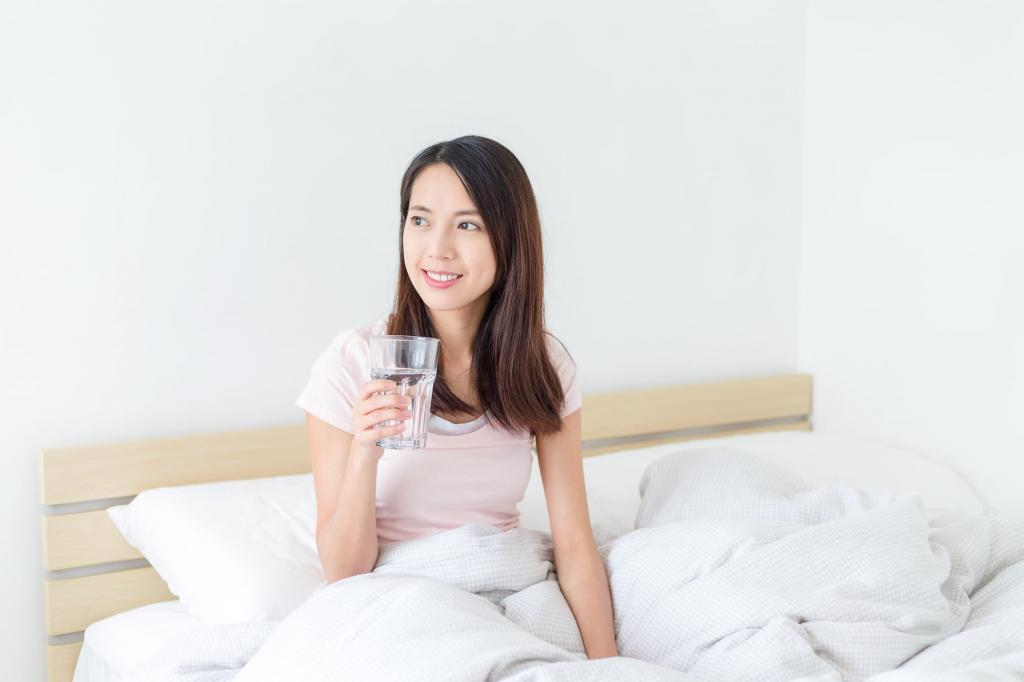 Talk With a Doctor

Talk to your doctor if you’re experiencing regular dehydration, insomnia, or midnight toilet breaks. You can find out if there’s anything medically wrong with you by going over your current scenario. Dietary and hydration advice can also be made by your doctor.

Can Drinking Too Much Water Disrupt Sleep?

In terms of pre-bedtime hydration, it’s possible to go overboard. In the middle of the night, if you drink too much water in the evening, you may need to go to the bathroom a few times, which can disrupt your sleep, says Newgent. As a result, those who find it difficult to get back to sleep after using the bathroom may want to consider nocturia, a condition that has a name.

The late-night or close-to-bedtime consumption of water, particularly that consumed by Pedre, has been shown to interfere with a good night’s sleep. The prone position (laying on one’s stomach) fills the bladder faster and increases urine output than the supine position (lying on one’s back, facing up), according to two previous studies (one involving canines and the other involving 14 adult men).

If you drink more water close to bedtime than you would have if you did it at another time of the day when you aren’t lying down, says Pedre, you may wake up more frequently to urinate. “Excess water intake near bedtime is typically likely to wake you up with a full bladder in the middle of the night,” explains Pedre, despite the fact that the research is preliminary.

So, How Much Water Should You Drink Before Bedtime?

As far as I’m concerned, if you’re trying to improve your sleep, you should drink plenty of water during the day, but try to limit your fluid intake at night, especially shortly before bedtime. He recommends drinking plenty of water throughout the day, but especially in the intervals between meals. A lack of stomach acid can make digestion more difficult if you drink during meals, he explains.

To ensure proper hydration throughout the day, Pedre advises considering a variety of additional parameters in addition to the amount of water consumed.

Drinking coffee and working up a sweat can both dehydrate you and deplete your body with vital minerals. You can, however, stay hydrated by eating meals high in water content.

Fluids should be avoided at least an hour before bedtime, according to Pedre. It’s better to avoid liquids at least two to three hours before going to bed if you have a problem with an overactive bladder or incontinence, he adds.

If this describes you, Pedre has some advice for you: “Make sure you’re well-hydrated before that.”

Small sips are all that’s needed when you drink water late at night, says Newgent: “So, if you turn out the lights at 11 pm, make 9 pm your start time.” 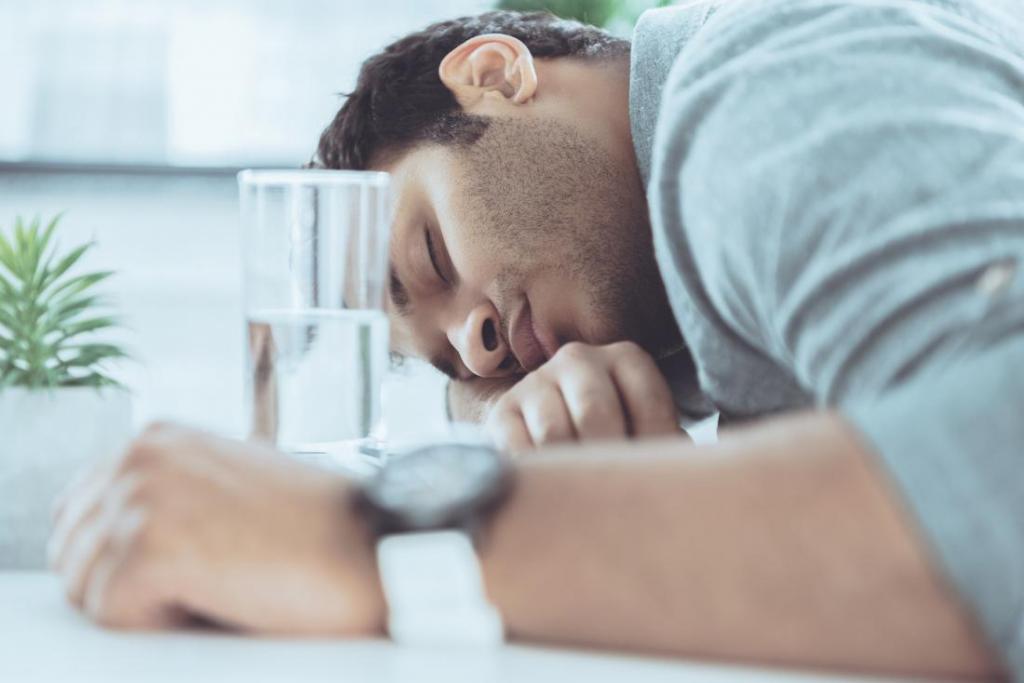 Other Factors That Can Affect Sleep and Hydration

In addition to hydration and sleep, there are a few other variables to consider.