Does Overeating Affect Sleep? How Can You Sleep Well After Overeating?

A decent night’s sleep and a well-balanced diet are crucial to a person’s general well-being. It’s sometimes overlooked that sleep and nutrition are intertwined, yet this is not the case.

The connection between sleep deprivation and overeating plays a significant role in this interaction. Overeating and consuming unhealthy meals are more likely to occur when sleep loss is present.

Also, sleep is affected by overeating. Eating too much, especially if the food is heavy or spicy, might disrupt sleep by causing heartburn and interfering with digestion. The general consensus among nutritionists is that eating too close to bedtime or in large quantities is not recommended.

One way to improve your nutrition and sleep is to recognize the relationship between sleep and overeating, which may be seen as a two-way street.

Contents show
1 Does Lack Sleep Cause Overeating?
2 Does Overeating Affect Sleep?
3 How Can You Sleep Well After Overeating?
4 Is It Harmful to Eat Before Bed?
5 The sleep-snacking link
6 A look at the science
7 How to get your sleep schedule back on track

Does Lack Sleep Cause Overeating?

Many studies have shown that those who get too little sleep are more likely to overeat and make poor food choices. Insufficient sleep has been linked to weight gain and an increased risk of obesity, which is not surprising.

Overeating is a common side effect of insufficient sleep, which can be caused by problems with hormone production. Leptin and ghrelin, two hunger-inducing hormones, both depend on a good night’s sleep to function properly.

Sleep deprivation affects the areas of the brain that control our perceptions of eating. People with sleep deprivation are shown to have increased activity in parts of their brains associated with the perception of food as a positive reward, making them more prone to overeating. 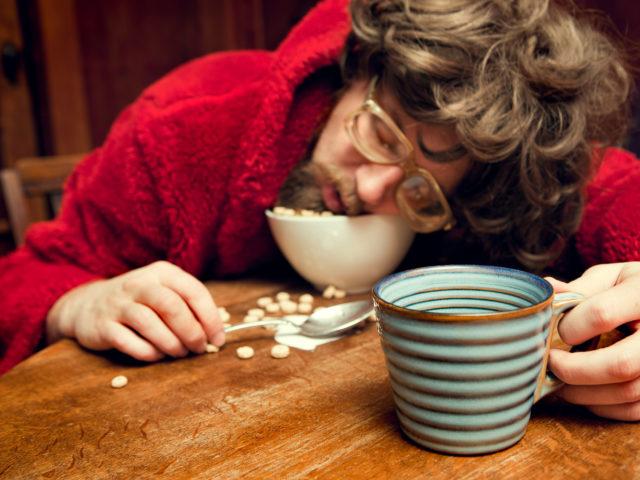 As if that wasn’t bad enough, these changes appear to be strongest in the brains of those who are more likely to become obese. Sleep deprivation has been linked to a greater desire for high-calorie foods. Sleep deprivation may be a contributing cause of increased rates of childhood obesity in young children and adolescents.

Obstructive sleep apnea, a respiratory problem that disrupts sleep on a regular basis, might be exacerbated by a person’s tendency to overeat. Even a small amount of overeating at night might interrupt a person’s sleep. Poor sleep can lead to overeating, and overeating can lead to even poorer sleep, creating a vicious cycle.

Sleep can be disrupted by overeating. In order to properly digest a large meal, the body must commit energy to this process, which can take many hours. It’s a common misconception that sleep slows down digestion, which can conflict with the stomach’s requirement for digestion. A recent study indicated that people who ate close to bedtime had more sleep disturbances than those who did not.

Sleep deprivation has been linked to an increase in calorie and fat intake, according to studies. Excessive consumption of some meals may increase the effects of overeating on sleep. Sleep disturbances have been linked to diets that are poor in fiber, rich in sugar, and saturated fat.

Overeating might make it difficult to go asleep because of the discomfort it causes. In addition to making you feel stuffed, eating a lot might cause or exacerbate acid reflux, which can make it difficult to sleep well at night. If you eat a lot of spicy meals, fatty foods, or chocolate, you may be more prone to suffer from heartburn. In addition to causing sleep problems, eating a lot of certain foods can raise your body temperature, which works against your body’s natural cooling function while you sleep.

How Can You Sleep Well After Overeating?

If you’ve overindulged yet still desire a restful night’s sleep, try these suggestions: 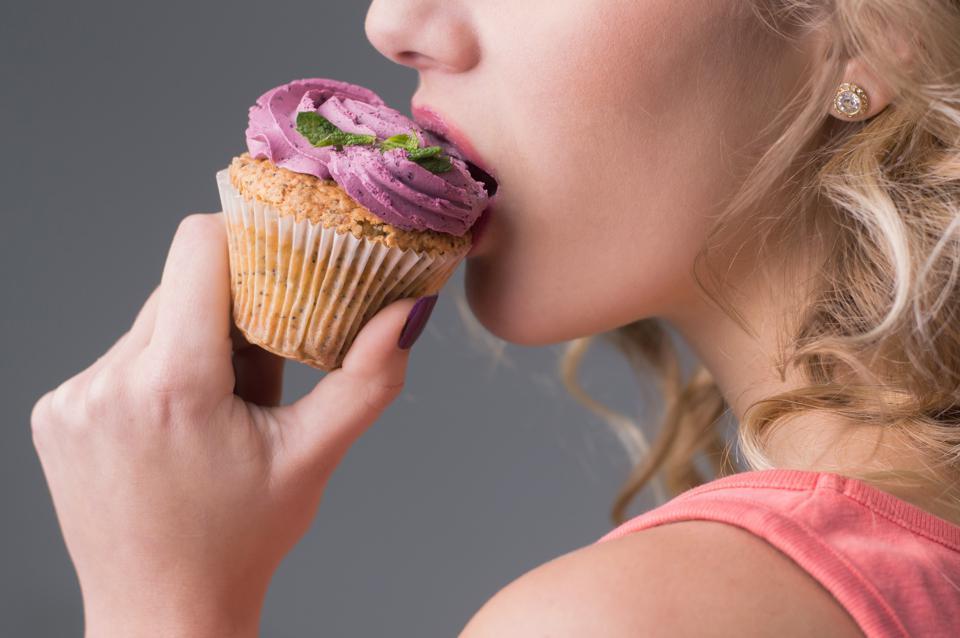 Is It Harmful to Eat Before Bed?

The timing of when you eat is just as important as the amount or type of food you consume. Overeating at dinner may raise the chance of disrupted sleep by as much as three hours, according to research. A poor night’s sleep can be exacerbated by acid reflux, which is more likely to occur after a late dinner.

In addition to affecting your sleep, pre-bedtime snacking can lead to weight gain. At night, the body’s circadian rhythm allows it to properly digest food and control blood sugar levels. Having a late meal can have a detrimental impact on metabolism, increasing body fat, and increasing the risk of obesity.

Studies show that consuming the bulk of calories during the day is preferred because of the potential impact on sleep and weight. People who are concerned about their nutrition and sleep should speak with their doctor or a nutritionist for advice that is specific to their condition because nutritional demands might vary depending on a person’s circumstances.

You’re not the only one who craves sweets after a bad night’s sleep. Consuming more food and sugary meals was linked to lower sleep quality in a research published in the American Heart Association Journal (hello, cookies for breakfast).

According to another study published in the American Journal of Clinical Nutrition, people who slept for 5.5 hours less per night had more sugary, fattening snacks during the day than those who slept for 8.5 hours.

A look at the science

After a long night of tossing and turning, why can’t you say no to a doughnut? It all starts with leptin, a hormone that tells your brain when you’re full, so helping to curb your hunger.

Dr. Monique May, MD, MHA, a board-certified physician and Medical Director of Sleep at Aeroflow Healthcare, notes that while leptin aids in weight loss, it can only be produced when we get enough sleep.

Here’s how it all went down:

Too little leptin and too much ghrelin, the hormones released during sleep deprivation, have been associated with increased BMI. It doesn’t help that you may be less willing to go out for your morning stroll or afternoon yoga session when you are fatigued from not getting enough sleep. This can lead to a frustrating and difficult-to-break cycle of overeating and under-exercising. 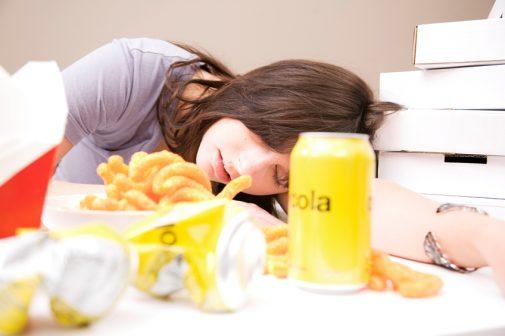 How to get your sleep schedule back on track

After learning why sleep deprivation may wreak havoc on even the most well-intentioned weight-loss plans, here are some tips on how to obtain the zzz’s you need.