What is narcolepsy? How Is Narcolepsy Diagnosed?

There are serious repercussions for infants, teenagers, and adults who suffer from narcolepsy, a sleep disease characterized by excessive daytime sleepiness (EDS).

Both narcolepsy kinds, NT1 and NT2, are quite uncommon. Fewer than 100 out of every 100,000 persons are affected by both categories, according to most estimates.

Since narcolepsy is relatively uncommon, it is possible that many cases go untreated or are discovered years after the onset of symptoms. A patient’s safety and quality of life may be jeopardized if they do not receive treatment in a timely manner following a delayed diagnosis.

Medical testing and sleep studies are just two of the many tools doctors use in the diagnostic process for narcolepsy. When a person with narcolepsy symptoms has a better idea of what to expect from their doctor, they will be better able to collaborate with them.

The inability of people with narcolepsy to regulate their sleep and wake times is a hallmark of the chronic neurological condition. Those who suffer from narcolepsy may feel refreshed upon rising, but subsequently become overly sleepy for the better part of the day. Uneven and disrupted sleep, including frequent wakings at night, is a common symptom of narcolepsy.

Narcolepsy can greatly affect daily activities. People may unwillingly fall asleep even if they are in the middle of an activity like driving, eating, or talking. Other symptoms may include sudden muscle weakness while awake that makes a person go limp or unable to move (cataplexy), vivid dream-like images or hallucinations, and total paralysis just before falling asleep or just after waking up (sleep paralysis).

If left undiagnosed or untreated, narcolepsy can interfere with psychological, social, and cognitive function and development and can inhibit academic, work, and social activities. 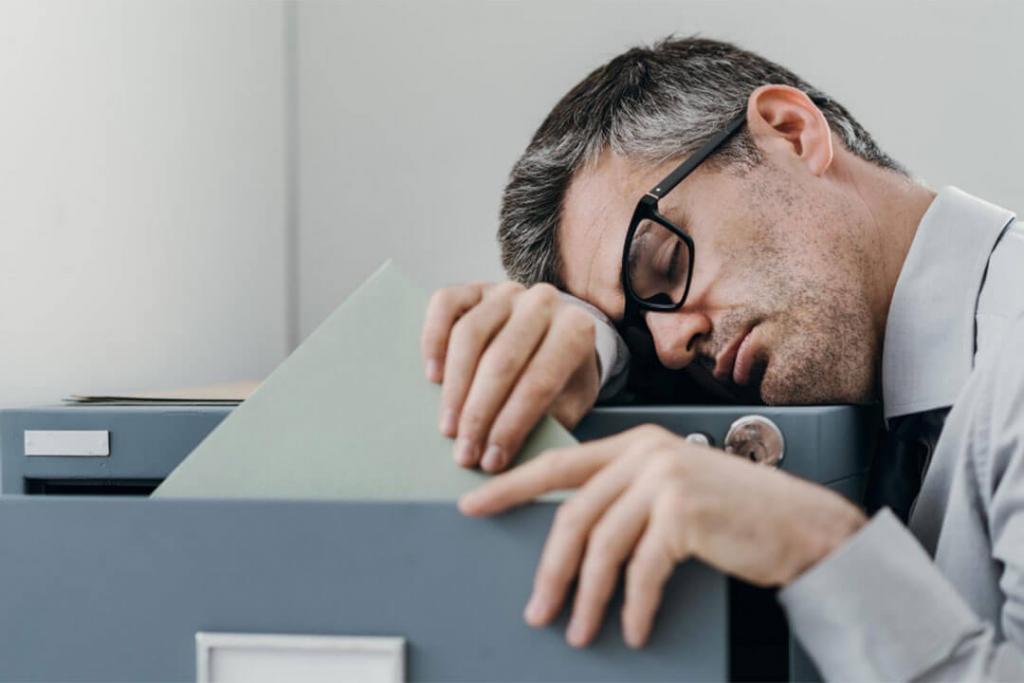 Without proper diagnosis and treatment, narcolepsy can have serious negative effects on a person’s mental health and wellbeing, including on their ability to learn, work, and interact socially.

Sleep specialists, neurologists, and/or psychiatrists may be consulted in some circumstances to provide additional diagnostic and therapeutic information.

What are the symptoms?

Narcolepsy is a chronic condition that does not improve with age. There may be some amelioration of symptoms over time, but they will never entirely disappear. Common signs include difficulty staying awake during the day, sleep paralysis, cataplexy, and hallucinations. In spite of the fact that every patient suffers from extreme drowsiness throughout the day, only about 10–25% of those who are afflicted will experience all of the other symptoms.

What are the types of narcolepsy?

Habitual actions. Sleep episodes in people with narcolepsy may be extremely brief, lasting only a few seconds at a time. When a person nods off while engaged in a task (eating, conversing), they may unknowingly carry on with their actions for several seconds or minutes. As a rule, this occurs when the victim is performing a routine task, such typing or driving. They have no idea what they did, and they are virtually always less effective because of it. For example, their handwriting may deteriorate into an unreadable scrawl, or they may start putting things in odd places and then forget where they put them. Some people may become disoriented or even crash their cars if they experience an episode while driving. After one of these events, people often report feeling invigorated, with their exhaustion and lethargy having temporarily vanished. 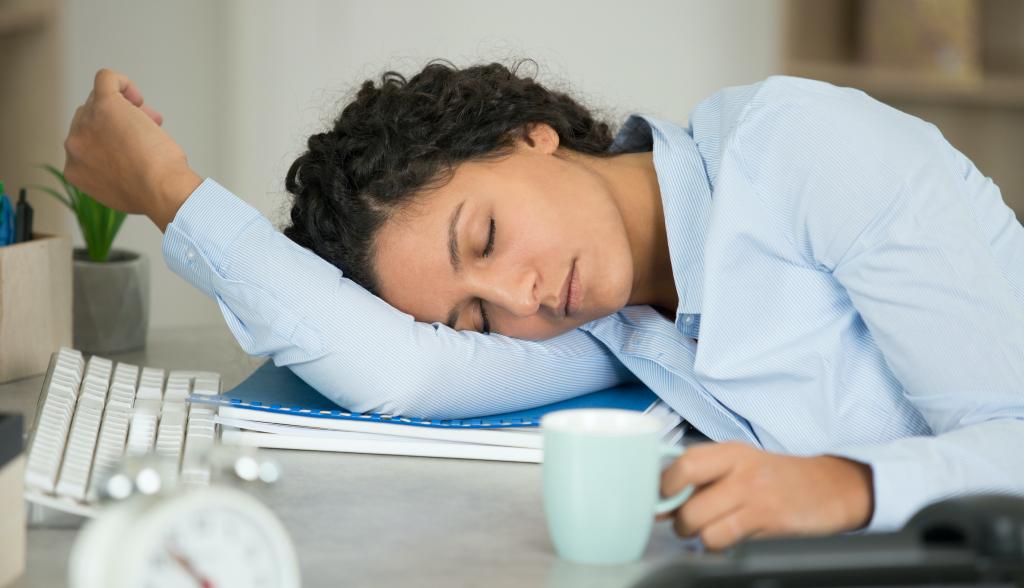 Although the cause of narcolepsy is not completely understood, current research suggests that narcolepsy may be the result of a combination of factors working together to cause a lack of hypocretin. The following are some of these elements:

How Is Narcolepsy Diagnosed?

Talking to a primary care doctor or family doctor should be the first step for anyone experiencing symptoms of narcolepsy or EDS. The diagnostic procedure, which often consists of numerous stages, might begin with this initial point of contact.

The first step in diagnosing any medical condition is for the doctor to learn more about your symptoms, go over your medical history, and perform a thorough physical examination.

The doctor may inquire as follows to better understand your symptoms:

There are numerous potential causes of EDS, and your responses to these questions will be very helpful to the doctor in determining the most likely cause. Other potential causes of your symptoms can be ruled out with a thorough physical examination and evaluation of your medical history and current medications.

The doctor may have you take the brief Epworth Sleep Scale to learn more about your sleeping habits (ESS). The doctor can use your impressions of how sleepy you feel from these survey questions.

In addition, your doctor may have you keep a sleep log, a chronicle of your sleep patterns, for a week or more. Actigraphy, which utilizes a tracker in a watch-like device, is yet another method of quantifying sleep quality.

Two types of sleep investigations are commonly recommended by doctors who suspect narcolepsy or another sleep disorder:

The PSG and MSLT findings may be decisive in making a narcolepsy diagnosis. Narcoleptics with both types of the disorder have a substantially faster average time to sleep (less than eight minutes) and enter rapid eye movement (REM) sleep far quicker than the general population.

Taking the time to study thoroughly before taking these exams is essential if you want to get reliable results from them. A sleep record or actigraphy may be required to prove that you have been able to maintain a regular sleep routine for at least seven days prior to the test. Stopping the use of any drugs or treatments that can affect sleep is also recommended before testing begins.

In the lead-up to your sleep study, your doctor or a sleep lab technician can give you detailed instructions and explain what to expect.

Cerebrospinal fluid (CSF) is drawn from the lower spine via a lumbar puncture, and its hypocretin content is analyzed in a lab. Hypocretin, also known as orexin, is a neurotransmitter that regulates sleep and wakefulness. If your hypocretin levels are low, it may be a sign that you have narcolepsy type 1, which is caused by the death of neurons in the brain that make the chemical.

Almost everyone with NT1 also carries a mutation in a gene called HLA-DQB1*06:02, which is associated with reduced hypocretin levels. This polymorphism can be sought up with human leukocyte antigen (HLA) testing, but as it is present in many persons who do not have narcolepsy, it cannot be used as a diagnostic tool on its own.

If your doctor suspects and wants to rule out another ailment as the source of your symptoms, they may order further, non-routine tests, such as blood work or imaging.

What Are the Criteria for Diagnosing Narcolepsy?

The doctor will be able to tell if your case of narcolepsy fits the established criteria by considering your symptoms, the findings of the physical exam, and the outcomes of any sleep studies or other testing that have been performed.

The diagnostic criteria for narcolepsy types 1 and 2 are different. The presence or absence of cataplexy, the rapid and transient decrease of muscular tone associated with happy emotions, is a key differentiator between the two illnesses. Cataplexy is a condition unique to NT1.

The following table provides a comparison of the diagnostic criteria:

Two conditions must be met by the patient:

All five of the following conditions must be present in the patient:

A person’s diagnosis may shift when more information becomes available. As many as 10% of those who are first diagnosed with NT2 will go on to develop cataplexy and be reclassified as NT1.

What Disorders Can Mimic Narcolepsy?

Diagnosing narcolepsy can be challenging because its symptoms are shared by different disorders.

About a third of Americans don’t get enough sleep, which can lead to drowsiness during the day. Multiple neurological and behavioral health issues, including insomnia and sleep apnea, can potentially contribute to EDS.

Cataplexy is quite NT1-specific, yet it might still be misunderstood as a seizure or a stroke. Some of the symptoms of narcolepsy, such as sleep paralysis and hallucinations, can also arise on their own or as a symptom of another disorder.

Although NT1 can be diagnosed with a test for hypocretin levels in the cerebrospinal fluid (CSF), NT2 has no such reliable biomarker. Doctors often have to exercise discretion when making a diagnosis of narcolepsy due to symptom overlap with other conditions such as idiopathic hypersomnia and insufficient sleep syndrome.

Is Narcolepsy Diagnosed the Same Way in Children, Teens, and Adults?

Young children, adolescents, and adults all employ the same diagnostic criteria and procedures for narcolepsy. However, additional factors may be taken into account when assessing pediatric patients:

What Questions Can You Ask Your Doctor About Narcolepsy?

Being well-prepared for a doctor’s appointment about narcolepsy is a big benefit. You should be prepared to give a detailed account of your symptoms and their duration. It could be helpful if you came prepared with a list of questions to ask. Here are some possible questions: